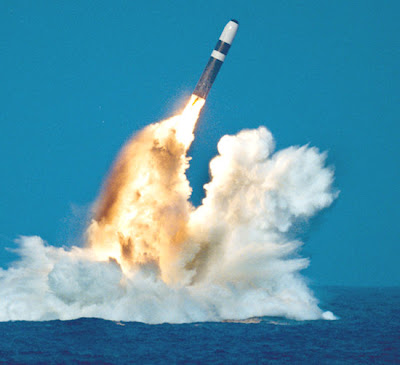 Tonight on BBC News at Ten Nick Clegg said that Britain cannot afford to replace Trident. The report also said that he poured doubt on its military usefulness. Tomorrow's Guardian will have an article by Patrick Wintour under the title: "Nick Clegg says Lib Dems won't replace Trident because world has moved on", already available on the net.

Like we said in 2007, Trident is useless, dangerous and expensive. I am delighted that it will be the Liberal Democrats who have the courage to say so to the voters.