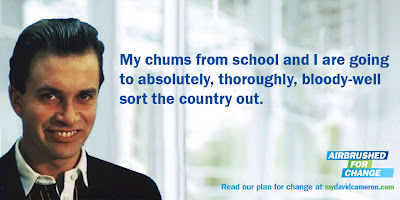 Andrew Neil's "documentary" was interesting. 7% of the population privately educated, half the cabinet, one third of MPs; 20 MPs from Eton, 8 ministers. His main point was that social mobility has gone into reverse in politics. He identified the disappearance of grammar schools as the cause and proposed reintroducing some form of selection into education but not the 11 plus.

I think we need to look a little deeper. All societies have elites. The important thing is to have the most open access to joining the elite and to have competition within the elite. Being in the elite means good networking and shared high aspirations. Oxbridge, you might say, but Oxbridge is not the problem. The problem is earlier in education. How do you get into Oxbridge ? Last year a Radio 4 programme asked that question. The evidence from some parents and teachers was not that Oxbridge colleges actively seek out public school boys and girls (on the contrary there are deliberate attempts to widen recruitment) but that many state schools do not try to send pupils to Oxbridge. There is a poverty of aspiration among teachers. I have heard teachers say that their pupils couldn't cope with interviews. That will make it hard to get a good job, never mind Oxbridge. How about teaching them how to give a good interview ? One teacher calling Any Answers said that pupils only have an attention span of 7 minutes and teaching must be made relevant to their experience. She hadn't considered that her role was to widen their experience, to give them wider horizons and, yes, even to increase their attention span.

Academic competition also seems to be anathema to modern educationalists. Rewarding the successful is seen as punishing the unsuccessful. I watched the leaving assembly at my local comprehensive. It was a caucus race - prizes for all. Every pupil was presented with their achievement folder (made up by the pupils and their parents). There were no prizes for academic excellence. There had been no competition to be best in the class or the subject. The only competition (developed by the pupils not their teachers) was to arrive at the school by different means of transport and to wear a sharper suit. Do the people who have inflicted this parody of equality upon the young believe they are preparing them for life ? The world is more competitive today than when I was a child. Nobody will hand anybody an automatic achievement folder for simply being around.

It is not the lack of selection at 11 which holds back state school pupils. It is much worse than that. It is the lack of aspiration. As a manager I was once criticised by my boss for "expecting more of my staff than they expect of themselves". I took it as a compliment. When more teachers do the same, perhaps there will be more state school graduates running the country.
Posted by David at 9:28 am