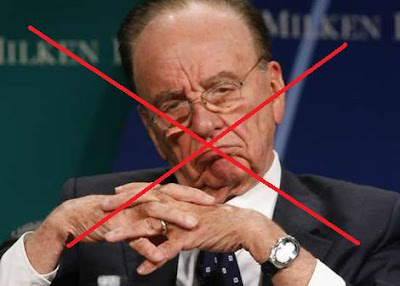 I have just sent this message to Nick Clegg and other ministers. Please send one yourself here directly or using the Avaaz website.

It is astonishing to me that the United States has stronger laws to prevent concentration of media ownership than we do in Britain. Tony Blair failed to stand up to Murdoch when he had a huge majority. Please show us all that this government cares about competition and diversity, particularly in the media.

Granting Rupert Murdoch controlling ownership of BSkyB would make a mockery of our already weak media ownership laws and damage our democracy. No one person should be permitted to control nearly half our country's mass media, certainly not someone with such a clear record of abuse of media power for political influence and personal gain. Opinion polls show that opponents of the Murdoch bid outnumber supporters 9 to 1. We strongly oppose any deal made with Murdoch, and pledge to hold you accountable for this crucial decision for the future of our democracy.

Nick, I nominated you for leader. Show me I was right.
Posted by David at 10:34 am