Smoke and mirrors and plain nonsense 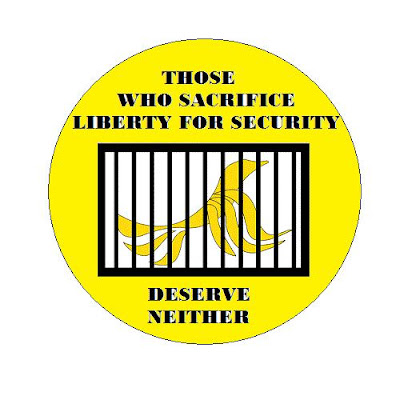 Simon McGrath has published an article on Liberal Democrat Voice defending the Liberal Democrats' Federal Conference Committee's handling of accreditation. It contains many false assumptions and muddles and some language that is downright misleading. I have commented at length on LDV but I summarise here.

1. Simon says that the party not the police take the decision to exclude representatives, but he also says that if the party ignores the police advice then we would have no insurance and hence no conference, so it's not advice, is it ? It's a police veto.

2. "When Simon says that the party decides to exclude representatives, he means the mystical group of three - the Chairman of FCC,the President and the Chief Executive. This is an unelected committee unknown to our party constitution which gives no-one such a power.

3. Simon maintains that the real choice was between accepting police advice on accreditation or having no conference, although he goes on to say (in the same paragraph)that we might not need this procedure at a different venue. Find that venue, I say. This is not a true dilemna.

4.Simon is remarkably better informed than the rest of us about the fact that there has " ...only been one person flagged up by the police and the group of 3 has decided that he should not be admitted. This is someone who joined the Party in July 2011 and about whom the police have raised ‘serious concerns’ – very specific details of which were given to Wiseman etc". As he's not on any of the relevant committees, how does he know this ? Who's been briefing him ? More to the point, how is it that the rest of us don't know this ? An unelected group of 3 purport to exclude someone from the conference without any constitutional power to do so and in an unaccountable way. None of us know who the person is nor what the grounds were. We don't know if the person concerned was told of the "serious concerns" and had the chance to challenge them. This in a party that has fought against arbitrary power and against control orders in particular. Nor has the procedure for challenging a police "recommendation" be publicised. Nor, it appears, is there any appeal against the self-appointed group of 3. We would not tolerate such proceedings in government. Why the hell should we accept them in our own party ?

5. Simon objects to my motion because of "the idea that the police should be pressured to change their advice on security on political grounds." This is very misleading language. I am not suggesting that politicians should interfere with the police (we can leave that to the daft Tory idea of elected Police Commissioners which many Lib Dem MPs have just been whipped to vote for). I am suggesting on the contrary that the police should not interfere with the democratic process of a political party choosing its own representatives.
Posted by David at 3:40 pm