The nationalist myopia of Left and Right 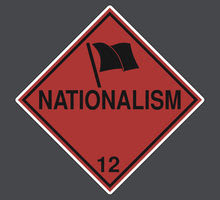 On Facebook Simon McGrath has drawn attention to a letter to the Guardian from Labour MPs, already circulated by the Open Europe blog. The Labour MPs concerned include Gisela Stuart who has a long history of euroscepticism and Dennis Skinner who proudly proclaims the fact that he has never been abroad. How delighted these soi-disant left wingers must be that their ideas are shared by the businessmen behind Open Europe, the same people who campaigned against the Euro and the European Constitution. It takes me back to the days of the referendum on British membership when Enoch Powell and Tony Benn united to keep us out.

The letter proposes repatriating structural funds for the richer member-states leaving only the poorer ones to receive support from the EU. I assume that neither Simon nor Open Europe will be affected by any arguments about solidarity or cohesion within the EU but the Labour MPs might like to reflect on the idea that the richer members of a community should help the poorer ones. Simon and Open Europe will no doubt proclaim their mantra that they believe in free trade and a single market but oppose "all this unnecessary integration and legislation". Has it occurred to them what effect nationally operated regional policies would have on competition ? The richer countries would be able to subsidise their poorer regions far more than the poorer ones. They would even be competing with each other, thus German regional policy would outbid British regional policy. The Open Europe British businessmen are probably quite happy to accept subsidies from the British government. The Labour MPs are probably quite happy to give them if it brings jobs to their constituents. The Liberal and free market Simon McGrath should logically oppose all regional policy subsidies. The only thing uniting all three is their nationalism.
Posted by David at 9:30 am