The absurd suspension of David Laws 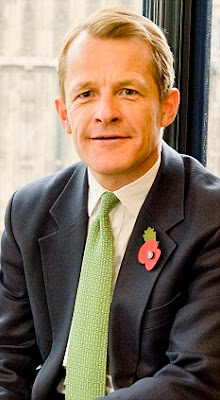 The Parliamentary Commissioner has recommended that David Laws be suspended for a week. The Commissioner accepted that David Laws' motive was to protect his privacy not to make money and that his claims would have been "considerably more" if he had stuck to the rules, and he agreed that there was no loss to the taxpayer from the breaches.

It is absurd and I share Olly Grender’s view published by the New Statesman. I also share Frank Field's view:
"Today's report vividly highlights how arbitrary these judgements are," he said. "MPs guilty of milking the system get a ticking off. David Laws, whom the report accepts was not guilty of this, and who has already lost office for a year, is further punished with a suspension. If our constituents were treated so arbitrarily MPs would naturally be fuming with anger. Where is the justice in this?"

Admittedly a week out of the chamber may be a relief from the nonsense talked there but he doesn't deserve it. When I consider the MPs who deliberately flipped their second homes and still got re-elected, I realise that it is foolish to expect justice in the House of Commons.

David must nevertheless be relieved that it is finally over. Despite my continuing disagreement with his economic views, I am glad that this burden is finally lifted.
Posted by David at 12:48 pm

"I agree with Frank"