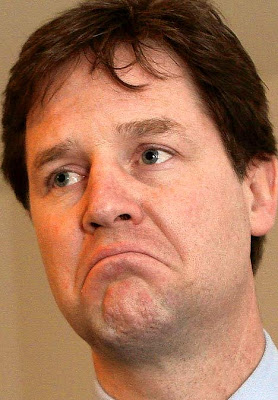 Firstly, the referendum on AV should never have been held simultaneously with council elections. I always thought this was a mistake and hoped the House of Lords might succeed in forcing a delay. This vital issue was subsumed into the party political battle. Voting "No" became a way of punishing the Liberal Democrats. Campaigners' efforts were diverted from the referendum to local elections. The only material on AV delivered where I live was council election leaflets with a Tory footnote NO and a Lib Dem footnote YES.

The second error was as bad. The identity of the Liberal Democrats has vanished. Voters cannot discern what makes Liberal Democrats different from Conservatives. It is whistling in the dark to cite the shopping list of policies which are supposed to form 75% of our manifesto. They do not amount to a visible Liberal Democrat narrative. They weigh as nothing against the two policies which were not in the manifesto - raising tuition fees and rapid, unfair deficit reduction risking a double-dip recession.

At our special conference to ratify the coalition agreement, I asked if our reaction should be "Never glad confident morning again". I don't know if anyone recognised the poem by Robert Browning. It is called "The lost leader" and mourns the desertion of William Wordsworth to the conservative cause. Read it here.

Time now to show that we are different. Coalition -yes, Cosmetic for the Tories - No.
Posted by David at 8:17 am