School - let's have a little diversity 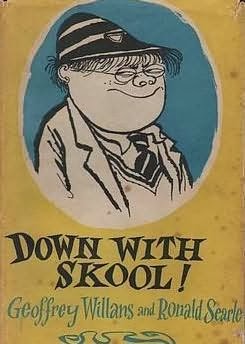 Just been reading about the problems of yet another national political initiative for schools - this time free school meals for some.  Nick Harvey warned that it would be unfair in the allocation of resources.  Now the Independent reports it wasn't thought through before being announced.

What is it about hands crudely grasping the levers of power before they are wrenched away by the next lot ? Every national government seeks to micro-manage education.  With Blair it was targets that have warped all schools into exam factories and even lesson plans for teachers to download.  Gove like many predecessors seeks to write the detail of history teaching.   I remain an advocate of local education authorities with powers as well as duties and I would have no national curriculum for each generation of politicians to fiddle with.  Let's have a little diversity and evolution in education instead of uniformity and revolution every new government.

While I'm about it, here's Donald Trefussis again on education and parent power !  OK, it's fiction but so is the idea of a politician who can leave well alone.
Posted by David at 2:56 pm