Much ado about something: getting the Levels right 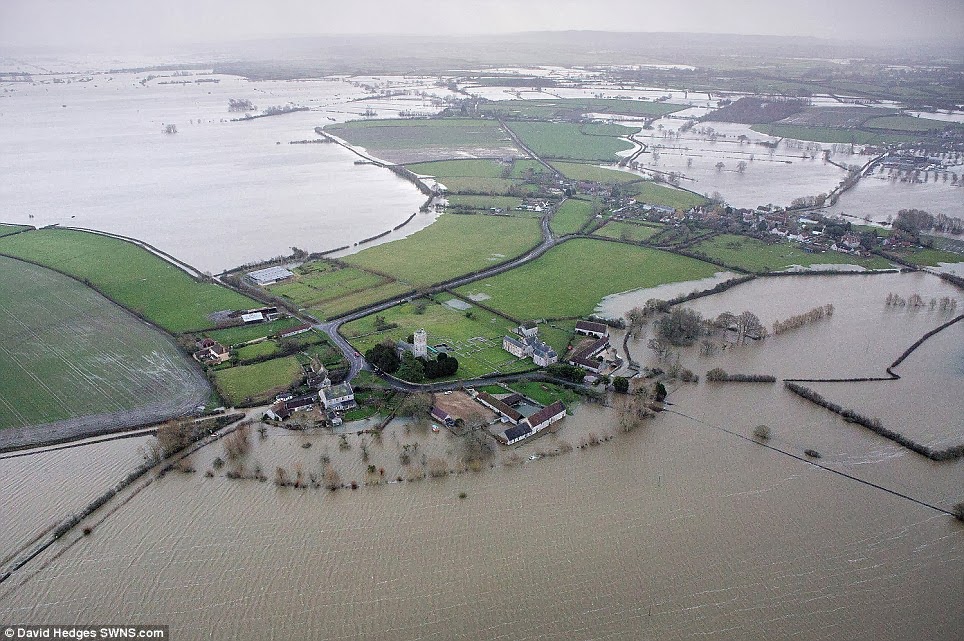 Much in the news lately the small community of Muchelney in the Somerset Levels.   I heard Chris Smith, chair of the Environment Agency, on the Today Programme this morning (at 2h11m) defending their work to help flooded Somerset.   I thought he made a good case.   The Levels flood every winter, as did the lane where I lived not far away in Ilford, Ilminster, but these floods are the worse for 90 years.  There has also been much news of villagers helping each other and some help from outside.

Two features of modern life underlie this story.  The first is about the lie at the heart of democratic politics.  For decades politicians have pretended that voters can have a high level of public services AND low taxes.  No you can't. Choose.  Tory MP Ian Liddell Grainger, who has demanded more spending by the Environment Agency, is hardly a well-known advocate of greater public spending usually.  Perhaps he'll now support calls for higher taxes !  The second is about the global threat of climate change, which only Christopher Monckton and Nigel Lawson still seem to doubt.  Again few politicians are willing to commit the funds necessary to face the challenge, to mitigate it and to adapt to it.  Few voters are prepared to pay the price. The Danish economist Lomburg says it isn't worth paying.  I follow Nicholas Stern who explains that the price of not acting will be higher.

History also tells us something in the very names at the heart of the story. Muchelney is Saxon for big island and dates back to the times when this part of the world was flooded annually to the coast. Romans exported from Langport down the road.  The very name Somerset means the summer meadow where you could graze your animals when the winter floods dried up but in the winter you retreated to the hills.

It's not only the level of water we need to get right but how much we want to spend to protect our world.
Posted by David at 10:17 pm