British scientists have abandoned the search for life in Chard.   They believed that four miles under the surface there was a great pool of life but attempts to drill down to it have failed.   Despite vigorous attempts to pump hot Portugese blood into the town, the lifeless permafrost has remained unmelted.
Posted by David at 11:20 pm No comments:

Email ThisBlogThis!Share to TwitterShare to FacebookShare to Pinterest
Labels: Chard

Where to be when the world ends ? Glastonbury

Just after 12.11, the actual moment of the winter solstice, my son and I found ourselves on top of Glastonbury Tor with a group of happy, excited people.   We hadn't set out to be there.   We were in the town and saw huge crowds gathering on the Tor, so walked up to find out what was happening.   One of the things I love about Glastonbury is the variety of brightly coloured, floaty clothes (Tolkien would call it raiment) warn by a variety of brightly coloured, floaty people.   As we ascended we realised what was happening - of course, the Winter Solstice.   There was music, there were drums, there was chanting, there was dancing, there was  a log fire in a portable hearth.   And the sun shone over the flooded Somerset levels.  Not a bad place to be at the end of the world, as my son noted.  Forgive my poor phone videos which give some idea.
I chatted to a cheerful looking, bearded cove who had smiled at me (everyone was smiling at everyone else up there).   We agreed that people didn't seem too worried by the prospect of imminent doom.   His face was awfully familiar and I hoped that at some point he would tell me where we had met  (like Sir Thomas Beecham when he couldn't remember Queen Mary).  Eventually I asked.  It was Michael Maloney, an actor whose work I really like.   Fortunately I didn't recall until later that we had both performed scripts by the late Mark Tavener, founder of the Liberal Revue and author of High Table Lower Orders in which Maloney played the Dean.   Otherwise I would have embarassed my son by telling Michael about it.   I did compliment him on In the bleak midwinter.
Posted by David at 1:34 am No comments: 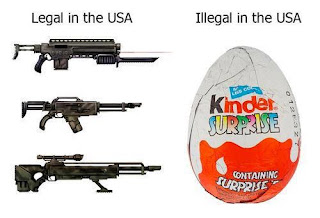 It's a mystery to me why James Madison did not draft instead:
"A well fed militia being necessary to the security of a free state, the right of the people to keep and eat chocolate eggs with toys in shall not be infringed."

Incidentally Wikipedia has an excellent discussion of the Second Amendment.

Sarah Montague - shut up and listen ! 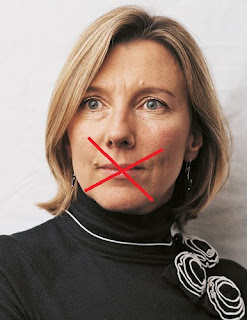 I used to be a fan of Sarah Montague of Radio 4's Today programme  but she has become unbearable, interrupting every bloody sentence before the interviewee has finished it !
Posted by David at 8:34 am No comments: 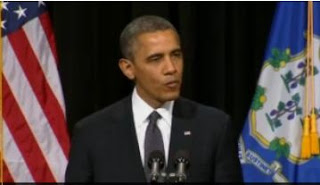 Twelve years ago I heard a visiting American school choir give a concert in a church in Venice.   They were very good.  That choir came from Newtown, Connecticut.   I imagine some of those teenagers may now be parents with children at Sandy Hook Elementary School.  I hope their children survived but we know that twenty did not.

There is little that we can do about this.  We can show our shared grief as these children in Karachi did. 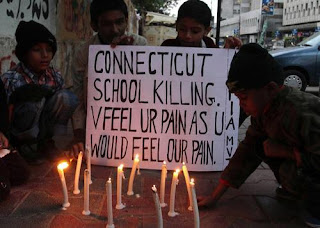 We can join a Facebook page of condolences.  There are many. Here's one.  After the Columbine shootings I wrote to Bill Clinton, whose presidency was looking pretty ragged by then.   Do something on gun control, I suggested, and your term of office will not have been wasted.  Yesterday, President Obama spoke in Newtown.  He said, "We can't tolerate this anymore. These tragedies must end and to end them we must change".   I wish him success.   This time let the deeds follow the words.
Posted by David at 10:33 am No comments: 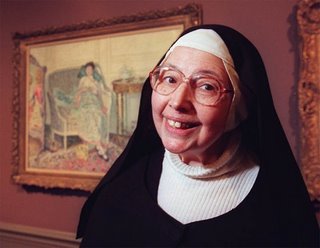 Listening to Wendy Beckett's Desert Island Discs, I wondered to myself if this was a good life.  It wasn't, indeed isn't, a bad life.   As she said herself, she has led a very sheltered life with little opportunity for sin. Most of us, even without religious faith, would admire the lives of nuns who nurse and work in the community.   We might have mixed views about those who teach, given what they teach.   The problem is - can we admire a life of contemplation ?   I do admire a life of scholarship even if it seems useless to others.  I think of George Boole whose work on algebraic logic seemed of little importance at the time but became the basis of all computer science.  (Actually, checking him up, I see he didn't live a life of pure scholarship at all, but you know what I mean.) 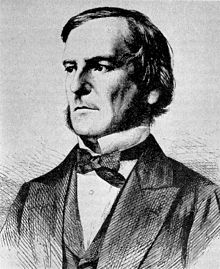 I'm not getting at nuns in particular.  I have to question the life of the political activist.   Of course many campaign for social improvements and some get elected and carry them out, but a lot of us spend a lot of time getting our opinions on every subject straightened out and I was recently confronted by the following poster online: 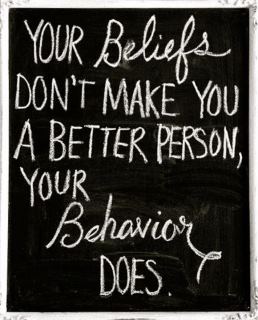 Here endeth the thought for the day.
Posted by David at 12:40 pm No comments:

"Today" is a bad start to any day 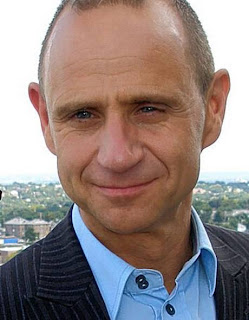 I hold no brief for George Osborne and think his economic policy wrong, but if I were him I think I would have walked out of the Today studio this morning.  Evan Davis repeatedly asked questions and then stopped Osborne from answering them.  Finally he blamed Osborne for taking too long.   This was all followed by Nick Robinson telling me that I didn't understand the difference between the deficit and the debt.  The arrogance of these journalists is egregious.  They think they understand everything better than politicians or the public.  The Today format, particularly the post-8 am interview, never allows enough time for serious discussion, preferring short-term heat to long-term light.
Posted by David at 8:37 am 2 comments:

Israel - Not the kind of allies I want

Netanyahu ignores the world with his crazed plan for new settlements.  Now wait for the attack on Iran, which the USA will deny it knew was going to happen.   If we're not very lucky, this bastard will drag us all into a new war in the Middle East.
Posted by David at 12:36 am No comments:

Labour for Democracy ? What !

According to The Independent, there's a new group in the Labour Party preparing to build bridges with the Liberal Democrats.   Excuse me, is the same Labour Party that blocked electoral reform and stopped the reform of the House of Lords ?  Labour for Democracy ?  I wish !
Posted by David at 12:27 am 1 comment: