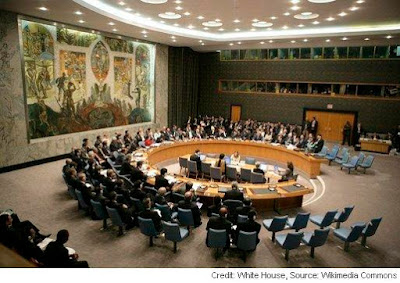 I lost a debate last night. Not so terrible, you might think. We all lose arguments and perhaps I was wrong. I was defending the intervention in Libya by the USA, UK and France under UNSC 1973. My argument was based on the development of the Responsibility to Protect. I am disappointed not that I failed to persuade people that this intervention is a good, practical example of the doctrine, which is arguable. No, I am downhearted that radical, peace-loving people rejected the whole concept. Some went so far as to say that national sovereignty is essential to democracy ! As Lord Lothian proclaimed in 1935, "Pacifism is not enough". I am convinced that national sovereignty is the root cause of war. There is nothing surprising about right-wing opposition to the evolution of supranational democracy and international law. Those like Murdoch who wield global commercial might will always resist it as it constrains and regulates them. I remain astonished at left-wing opposition. How do people who recognise the dangers of concentrated private economic power propose to challenge it if they will not support the construction of supranational governance and if they insist on the untrammelled sovereignty of nation-states ?
Posted by David at 6:45 am