Some days it's better to stay in bed 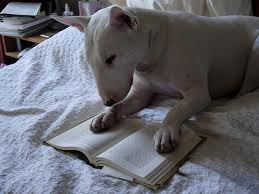 Worst Wednesday for years. It began with the publication of the National Centre for Social Research's survey of British Social Attitudes revealing what a stupid, selfish nation we have become.

Item: Only 30% believe that taxes should be increased to fund higher spending on health, education and social benefits, compared with 61% in 2002. Gee thanks, New Labour. You really changed minds on that one.
Selfish and stupid.

Item: Only 26% would be willing to pay "much higher prices" to protect the environment (43% a decade ago). 37% think many claims about environmental threats are exaggerated.
Stupid but convenient.

Item: 74% believe that inequality is too large (82% in 2000, since when inequality has got much worse) but only 34% believe the government should redistribute more. So what do they want to do about it ? Leave it to Santa Claus ? Perhaps they think it's just the way things are, summed up in the lazy phrase "Life IS unfair" as if there was nothing to be done.
Stupid.

That's how the day started. BBC2 ended the day with the film "Inside Job" which detailed the selfishness and greed of the American financial sector, its stranglehold on government and academia and the consequences for everyone else. This was an indictment of the USA but so much of it applies to the UK as well. By the end of the film, I felt like becoming a communist. I'm not, I'm a tweed-wearing Liberal, but we Liberals have to show that markets can serve society and not destroy it.

In case we could draw a small crumb of comfort from the fact that we live in a free society where such a film can be made, Newsnight gave us the BBC's now traditional biased and inaccurate reporting of the European Union. Between Paxman's sneering (incidentally Van Rompuy isn't that hard to pronounce if you try, Jeremy) and Nadine Dorries' stupidity and ignorance, it was hard to keep my blood pressure down and the dog came to comfort me when I shouted at them.

Some days we should just pull up the covers and stay in bed with a good book.
Posted by David at 10:58 am