Did Blair lie to the Inquiry ? (1) Regime Change 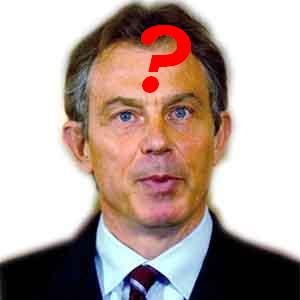 The inquiry panel asked Tony Blair if regime change was a valid objective. He replied, "No,the absolute key issue was WMD", but almost every other answer showed that the answer should have been "Yes". He conflated the two issues of WMD and regime change, saying that they were "...two ways of saying the same thing". He told the inquiry that the only commitment he had given Bush at Crawford was "...to deal with Saddam". The panel suggested that he and Bush had been agreed on ends but not means and he responded, "Agreed on both...".

At the end when infamously Blair refused to admit any regrets, he said, "Responsibility but no regrets at removing Saddam Hussein. He threatened not just a region but the world." The inquiry tackled him on the Fern Britton interview where he said that despite the lack of WMD, "I would still have thought it right to remove him. I mean obviously you would have had to use and deploy different arguments about the nature of the threat." His disingenuous response was to pretend that despite his experience he had been tricked.
Posted by David at 2:06 pm