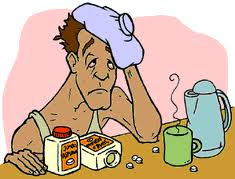 What people think after not so cool reflection. A small selection.

Matthew Taylor (Chief Executive of the RSA not the ex-MP) analyses why the YES campaign got it wrong.

Tom King noted on Facebook that ‎32% voted Yes, but 35% voted Labour in 2005, and they got a 66-seat majority. Explains why Labour loves the unfair FPTP.

David Allen Green asks in his New Statesman blof, "What the Liberal Democrats should do next". As he says, "The party has to be distinct. As this blog has said previously, the blurring of lines between Tories and Liberal Democrats makes one want to adapt the ending of Animal Farm:

I ask, "In the seats we lost in the south of England, did Labour supporters who would normally vote for us stay at home ? Alternatively did more right-wing voters who normally vote for us switch to the Tories ? Can anyone tell me ? I ask because it's obvious why we lost seats to Labour in the north of England but not why we lost seats to Tories in the south."

Nick Clegg has asked us to move on. Then he asked us for money. Was it too much to expect the slightest admission that maybe he got it wrong ?
Posted by David at 11:08 am