I can't stand it 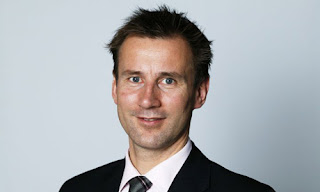 For a long time now, I have felt great disappointment (to put it mildly) with the conduct of Liberal Democrats in government.  We have failed utterly to advance Britain's role in the European Union; indeed we have kowtowed to the Conservatives' deep-seated euroscepticism.  We have supported, promoted and defended a disastrous economic policy.  We have compromised too far on the green agenda.  We have failed to reform the voting system and are en route to fail to reform the House of Lords.   Today our MPs will abstain when they should vote for the motion calling for Jeremy Hunt to be referred.  The country today has lost what little confidence there ever was in politicians and has less idea of what Liberal Democrats stand for than at any time in my life and for good reason.  We have lost thousands of voters, hundreds of councillors and at least one fifth of our members.  I am seriously considering for the first time ever joining that last group.
Posted by David at 2:50 pm

You're absolutely right. How can anyone interested in a better country and a bertter world ever vote LibDem again?

I'm now a member of the Labour Party.

You are obviously reading too many comments from people who hate us. They are no friends of Liberalism.

We are in government with the Conservatives, we have a coalition agreement. That means we are not always free agents. The decision not to back Hunt was right. Going into the lobbies with Labour would have made getting some of our policies through parliament even more dofficult.

Have a break and read science fiction!