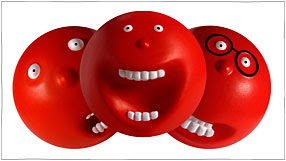 The BBC should have red faces not red noses. On 13th March, Red Nose Day, they will be asking for money "to make a difference to the lives of thousands of people living in abject poverty, or facing terrible injustice, both across Africa and in the UK" but not of course in Gaza, because helping people there would make "a range of people" think that the BBC is not impartial. I complained to the BBC about their refusal to show the DEC appeal. This was there reply:

"Thank you for your anonymous response. I have listened with growing frustration and incredulity to the lame excuses presented by Mark Thompson and Caroline Thomson which you have reiterated.

The BBC's decision has achieved exactly what it claims to avoid. It has compromised public confidence in the BBC's impartiality. It has shown that you care more about the bigotry of those who believe that emergency help for Palestinians is anti-Israeli than you do about the actual plight of Gaza. Shame on you for giving into their bias.

The decision also demonstrates the well-known arrogance of BBC management. How can any of your managers from Mark Thompson downwards believe that they are better placed than the DEC itself to judge whether aid could reach its intended recipients ? Caroline Thompson says that viewers will be confused by seeing the same images of suffering in Gaza on the news and in the appeal. How much contempt for the intelligence of your viewers does this display ?

I had some hope that the BBC would pay attention to the anger and dismay of the general public (not to political pressure, as the other lame excuse goes) but it has become clear that the BBC, like the government, can never admit that it is wrong. Your failure to acknowledge your mistake exposes the BBC to the same contempt that many feel for politicians. I have therefore decide to cancel my television licence direct debit and to transfer the money saved to the DEC's appeal."
Posted by David at 9:06 pm