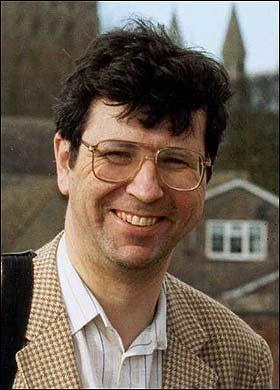 I never thought to dream of Colin Rosenstiel and therefore when I heard his name on the Today Programme this morning, I knew I was awake. Colin has been reprimanded by the Standards Board for England for blocking an ambulance with his bicycle. It must be true - it was in the Sun. I am ready to believe it. Cllr. Rosenstiel once argued with a policeman who told him he couldn't ride down Burleigh Street in Cambridge because it was one-way. "No it isn't" said Colin, "It's just no entry at that end and I walked in." Colin went on to dumbfound the poor copper telling him that he (Colin) was on the relevant council committee and he knew about these things. Colin also challenged a police undercover operation when plain-clothes detectives posed as council workman outside a suspected terrorist's house, telling them that his committee had not arranged any such road works. All right, that's not true. It's a scene in Tom Sharpe's Wilt but I bet Tom Sharpe based it on Colin.
Posted by David at 8:43 pm