Europhobes waking up to Cameron's failure 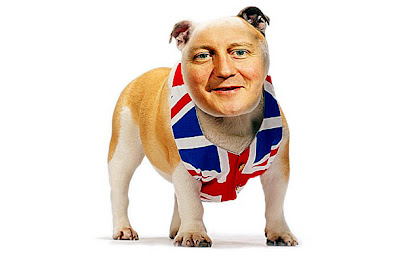 The Independent reports that David Cameron has now pulled off the remarkable feat of alienating both our European partners and his own party's Europhobes. Brilliant ! In December he managed to isolate the UK and fail to get anything he wanted out of the summit other than the temporary admiration of the europhobic press and MPs. Now the consequences of his incompetent negotiating are becoming clear, the same little Englanders are angry with him for not behaving like an idiot at this week's summit as well.

Even Douglas Carswell, one of the Tory nationalist pygmies, is beginning to understand: "I don't see how the veto is really a veto if we allow the fiscal union to form, and then find ourselves subject to the EU institutions being used to govern that. In effect we will find that for all the talk of a veto, we find ourselves hauled into this process.". Well done, Douglas ! Beginning to dawn on you now, is it ?
Posted by David at 10:36 am