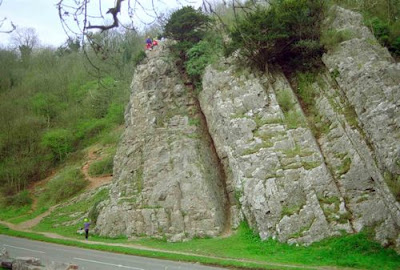 I have recently discovered Google Earth's Street Level function. It's dangerously addictive as you spend hours looking for the photos of friends' houses or, as I did last night, searching for the rock in Cheddar Gorge in the cleft of which the Rev Augustus Toplady sheltered from a storm and composed Rock of Ages. I didn't find it because it turns out it was a few miles away at Burrington Coombe and he probably didn't write it there anyway.. I did find the Google Earth You Tube layer which embeds little videos. When I looked up the small cottage in Market Rasen (known to friends as the hovel) where I lived as PPC in the eighties, I found a video about Bernie Taupin's teenage drinking habits on which he based the lyrics for Elton John's Saturday Night's all right. Bernie drank in the Aston Arms over the road. I drank in the George next door to the hovel.
Posted by David at 4:03 pm