On joining the party ! 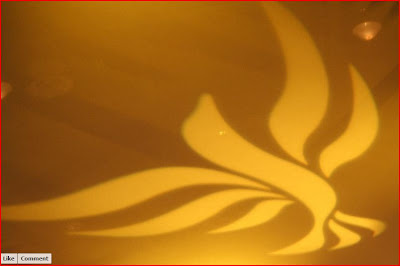 I am told that the Liberal Democrats were overwhelmed by people wanting to join the party after Nick Clegg's appearance in the first of the leaders' debates. Sadly the party was not geared up to enrol them and by the time many of them were contacted after the election, they had changed their minds. This may be a Labour-inspired myth, but verily the party has always been rather hard to join.

My friend Andrew, in Exeter, tried to join in the 1970s and got no response. One night out walking he saw a Liberal sticker in a car parked outside the cinema, lit a cigarette and waited. When the couple whose car it was arrived, he appeared out of the gloom frightening them. Thinking to reassure him about membership, they said he was welcome to join but that they weren’t very political. “I am”, he said.

I was luckier. I noticed that a Liberal leaflet came from the other side of the square so went and called on the deliverer. He was so amazed that anyone wanted to join the party, he took me to dinner at the National Liberal Club.

Mark Pack's mystery shopper exercise reveals that it is still difficult to join now with a third of the time applicants getting no reply !!
Posted by David at 10:14 pm