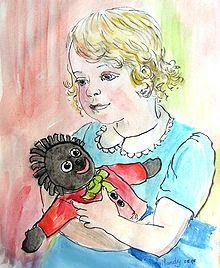 I was going to express myself on the subject of Carol Thatcher and the BBC but Liberal England has said everything I wanted to say and then some.

I did look up "Golliwog" on Wikipedia, which reveals :

Golliwog was World War II British naval slang for a Gauloise cigarette
Posted by David at 9:15 am