Stupid or corrupt ? You decide 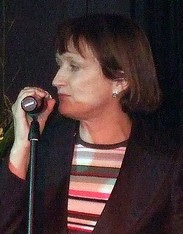 Craig Murray posts in characteristic trenchancy about Tessa Jowell, arguing that if she didn't know what her husband David Mills was up to she was stupid but if she did, she was corrupt.

Comments from contemporaries on Camden Council suggests she may not be the sharpest tool in the box. For myself, I first took notice of her when she attempted to ban the Stop the War march from using Hyde Park to protest against the Iraq War, because the demonstrators would damage the grass ! Of course the hordes who swarmed to Hyde Park (like myself) for the Last Night of the Proms or (unlike myself) various corporate entertainment events would just float over the grass. The difference was that the latter would provide money (something she seems inordinately fond of) whereas the former were there to protest against the illegal war she and her colleagues voted for and which damaged slightly more than grass. Here are some of her other votes.