Better than all politicians put together 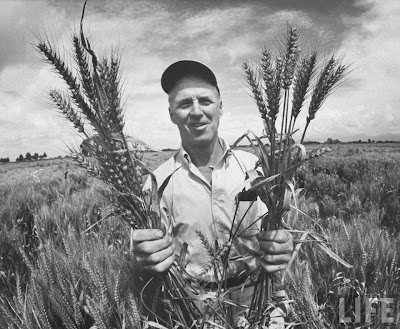 Jonathan Swift wrote "Whoever could make two ears of corn or two blades of grass grow where only one grew before, would deserve better of mankind than the whole race of politicians put together.". I was just watching one of my West Wing DVDs when they mentioned Norman Borlaug, the Nobel Prize winner whose semi-dwarf, high-yield, disease-resistant wheat varieties led to doubling yields in Pakistan and India between 1965 and 1970. Swift's words came to mind. I just found out that Matthew Parris had the same thought.
Posted by David at 12:42 pm