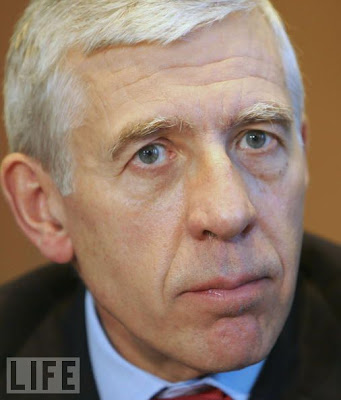 I was pleased to read the Independent's report that the Director of Public Prosecutions and the Metropolitan Police Service are launching an investigation into "allegations raised ...concerning the alleged rendition of named individuals to Libya and the alleged ill-treatment of them in Libya...".

I was delighted to read that "Former ministers in Tony Blair's government are expected to be questioned by police over their alleged role in human rights abuses".

I shall be transported with joy if the investigation leads to a successful prosecution of Jack Straw and/or Tony Blair. For information on their government's collusion with Uzbekistan and the torture conducted by the Uzbek dictator Karimov, read Craig Murray's "Murder in Samarkand" or watch his evidence to the Lords and Commons Joint Committee on Human Rights available on his website here.
Posted by David at 3:18 pm