Independent gets it wrong too ! 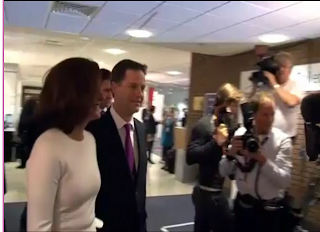 The piece continues with " Ian Wrigglesworth... held the stage immediately before Clegg".  Well, he was on the stage and he did better than Sarah Teather, but "held" it ?  I don't think so.

The writer finishes by praising Charles Kennedy.   He was right about one thing - Charlie wasn't there.  Years ago when Kennedy was a new MP, I met a man on the Isle of Skye who praised their previous MP, Russell Johnston, for ten minutes without stopping.  Finally I said, "And now you have a new MP" and he thought for a moment before replying gently, "Aye, Mr Kennedy has his good points as well."  So they tell me.
Posted by David at 6:41 pm