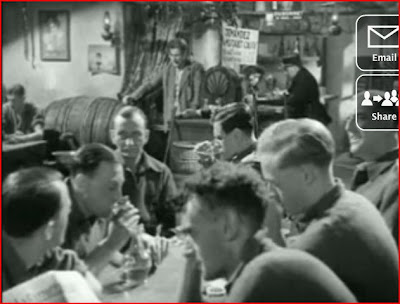 In this film, British soldiers stationed in North Africa are not welcomed by the innkeeper(Peter Ustinov} and they wonder why.

What's the name of the film ?

Bonus question: In which other film does Ustinov play a North African innkeeper ?
Posted by David at 9:57 pm

John Leston has answered the quiz correctly on Facebook. If you haven't seen the answer already, by all means post an answer here.