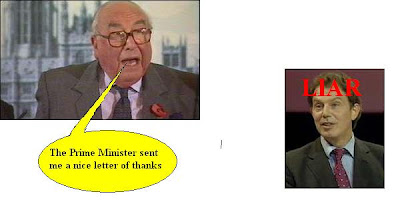 Alan Johnson has called for a referendum on PR to be held on the day of the next general election. What is the logic of voting to change the electoral system on the same day as electing a new House of Commons under the old system ??? Of course, a referendum on the Jenkins Commission's recommended Alternative Vote top-up System is now more than ten years overdue. Labour's manifesto commitment to hold a referendum was the first of many promises broken by Tony Blair's government.

Small problem: under our daft, archaic and essentially monarchical non-constitution, the PM only needs to give everyone about four weeks' notice of when his time runs out, whereas public debates on referendums should last longer.

Big problem: The main block to PR has always been the strange unwillingness of MPs elected under first-past-the-post (stupid name for a system without a post) to vote for their own demise. However, we are now in a most unusual period when many MPs do not expect to be re-elected anyway. Perhaps Labour MPs would be willing to respond to a referendum now, as a way of avoiding a huge Conservative majority next year. If we wait to hold a referendum until general election day, we can be certain that a new government led by David Cameron will ignore the result. They would probably set up a new Royal Commission to think about it for another ten years.
Posted by David at 1:21 pm