Trident replacement to be postponed ? 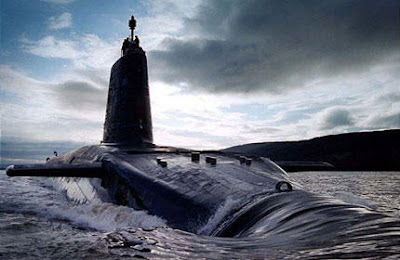 The BBC reports that the government is considering putting off the key decision on replacing Trident (known as "main gate")until after the next election. As so often, this decision not to decide is driven by saving money not by any principled discussion of the role and usefulness or lack of usefulness of Trident. That discussion would only happen if the government stopped ringfencing Trident and put it into the Strategic Security and Defence Review. At least a postponement will provide more time to press for that discussion to take place. The writer and former naval officer interviewed on the Today programme revealed that all three armed services don't want Trident and feel it has been imposed upon them by politicians.
Posted by David at 7:23 am