"Proclaim it not in the streets of Ashkelon" 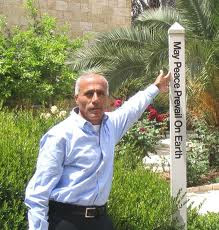 When Mordecai Vanunu told the world that Israel had nuclear weapons, the Israeli authorities locked him up in Shikma Prison in Ashkelon for more than 17 years. Israel still refuses to admit to nuclear weapons and the UK and the USA still refuse to challenge that deceit. They are too busy worrying about Iran which doesn't have them yet. How does this bias look to the rest of the world ?

I was going to suggest listening again to Radio 4's play broadcast today, "Vanunu: a time to be heard" but the website says it won't be available. Apparently that time has passed. Why ?

It is available now on I-Player.
Posted by David at 3:30 pm