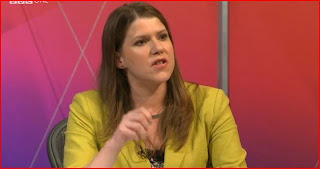 Last Tuesday the Commons voted 310 - 244  to reject a Lords amendment to keep Section 3 of the Equality Act.  In other words they supported the government's proposal to repeal  Section 3 which sets out the general duty of the Equalities and Human Rights Commission which says:

The Commission shall exercise its functions under this Part with a view to encouraging and supporting the development of a society in which-
(a) people’s ability to achieve their potential is not limited by prejudice or discrimination,
(b) there is respect for and protection of each individual’s human rights,
(c) there is respect for the dignity and worth of each individual,
(d) each individual has an equal opportunity to participate in society, and
(e) there is mutual respect between groups based on understanding and valuing of diversity and on shared respect for equality and human rights.
As we can see, there is not a single word there that a Liberal Democrat could disagree with.  Yet 41 Lib Dem MP's voted to scrap it.  MPs John Hemming, Adrian Sanders, Sarah Teather and David Ward rebelled against the government and deputy leader Simon Hughes abstained after speaking against the government line but the whips still won the day.  11 of our MPs were absent. Party president Tim Farron urged ministers to back down but when they did not he voted with the whip.
Jo Swinson, the minister responsible argued that the section has no effect in law.  Cambridge law professor Sir Bob Hepple QC begs to differ.   As the Welsh Liberal Democrat Conference  pointed out yesterday:
* Section 3 is entirely congruent with the preamble to our party’s constitution and repealing it would be to act against all our fundamental beliefs and instincts.
* Our MPs had no mandate to vote against it last Tuesday because:
1. The party fully supported the 2006 Act.
2. In our 2010 manifesto the Party reaffirmed its commitment to further advancing equality and human rights.
3. This commitment was carried forward into the coalition agreement.
I cannot see that the government has made out its case to repeal Section 3. If, as they argue, it has no effect, then why waste time debating it. If, as others argue, it has a beneficial effect then leave it in place. Repealing this section hands a gift to the Labour Party who will quote Liberal Democrats' opposition to Section 3 every chance they get. What were our ministers thinking of when they agreed to this ?
Posted by David at 9:21 am

Email ThisBlogThis!Share to TwitterShare to FacebookShare to Pinterest
Labels: Equality