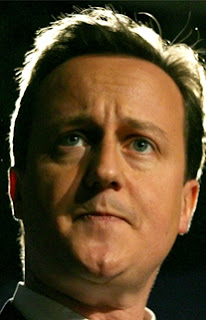 David Cameron is rapidly catching up with the White Queen.  In one speech today he shows he can believe three impossible things before breakfast.

Wow, Dave, if that's all true we should spend billions on replacing Trident, shouldn't we ?   So much more important than actually supplying our conventional forces with the basic kit they need !   Which planet are you on, Dave, and why are you so keen to destroy it ?
Posted by David at 1:08 pm

North Korea cannot unleash and let slip the dogs of war. They've eaten them all.