Trident- let's not talk about it ! 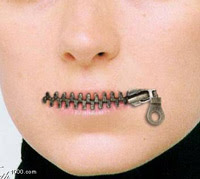 As we know, the government has excluded Trident from the Strategic Defence Review. Now the Liberal Democrats' Conference Committee has excluded a motion on Trident challenging that decision. Surprisingly perhaps, Ming Campbell has challenged the government's decision*. Ming is emerging as the strongest independent Liberal voice in parliament. Liberal Democrat voters and members have to be mature about the coalition in which we are the minority and understand that the leadership cannot deliver everything we want. In return the leadership has to understand that we can go on saying what we want even it's embarrassing for the government.

*Thanks to Liberal England for pointing out Ming's remarks.
Posted by David at 8:27 am