Bush and his fellow schmucks 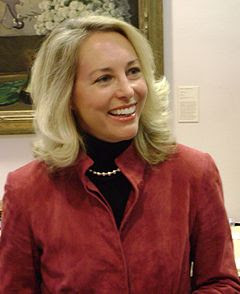 As Obama said, "If there is anyone out there who still doubts that America is a place where all things are possible...". If there is anyone out there who still doubts that George W Bush and his coterie were not the biggest bunch of schmucks ever elected to run a democratic country, consider the case of Valerie Plame Wilson, who appeared on Radio 4's On the ropes today. The story is also told in the film Fair Game. This is the woman who was exposed as a CIA agent, not by the Russians, not by Osama Bin Laden, no, by her own government. She was not exposed for betraying her country, nor for incompetence nor for corruption (practices not unknown to her exposers). She was exposed because her husband, Joe Wilson revealed that he found no evidence in Niger in 2002 for the suggestion made by Bush, Blair and Jack Straw that Saddam Hussein was trying to buy uranium there.

Whether or not you agreed with the Iraq War, whether or not you accept that Joe Wilson should have published the truth, there can be and is no justification for a government that exposes its own agent because of what her husband has done. This is the morality of a gangster. We all know that Bush has blood on his hands. This story tells us how his mind worked.
Posted by David at 9:03 pm

JOE WILSON EXPOSED HIMSELF BY BABBLING TO THE N.Y. TIMES - Nick Kristof - if had kept his fucking mouth shut, his wife's status would never had been known.

BULL SHIT! You do not know what you are talking about, and it is Joe Wilson who exposed his wife's identity when he babbled to Kristof at the NY Times. If had kept his big mouth shut, his wife's identity qand his SOURCE would have remained secret. (Follow the timeline, and it is too long to post, but joe Wilson is 100% resonsible;)

Rich: Your version does not square with the published versions of what happened. I have looked at the timeline. Interestingly, you're not keen on exposing your own identity, as I note your profile is hidden.

Rich: I have checked the timeline again and can find no support for your version. I don't dispute that if Joe Wilson had not written his article for the New York Times, then his wife's status would not have become known. That doesn't make him responsible because you miss out the intervening action which is the Bush administration's deliberate leak in response to his article. If you can point me to where I can find support for your version, I will look.