Bright College Days: What to do about tuition fees and all that jazz 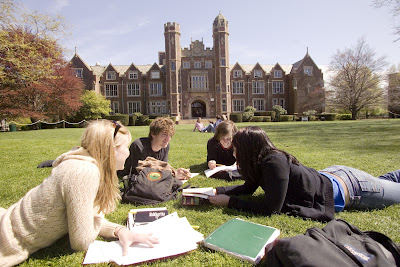 A debate has started up on Liberal Democrat Voice on what Lib Dem policy should now be on tuition fees. Personally I would prefer a return to genuinely progressive taxation where all higher earners, not just graduates but footballers, models, rock stars, foreign exchange dealers, anyone with a higher income makes a greater contribution. However, I see that no political party is going to embrace the idea seriously but could we at least re-brand the tuition fees as a graduate tax. We're almost there anyway. What about imposing the graduate tax or a version of it on existing graduates ? After all, we had the best experience and many older graduates now have the income to support paying a tax and drinking a little less wine. That might help solve the inter-generational problem.

We do need a wider discussion on HE than just the finance. It's not simply a question of lectures. The enormous expansion of HE has impoverished the experience of students and, of course, the value of degrees. How little contact students now have with their teachers. I met a lecturer recently who said his contracted contact time with students was 12 hours a year ! At most universities, academics are no longer allowed to interview students and at many nor do they even assess the application forms. That box-ticking exercise is contracted out. So the teacher doesn't choose the student or even meet the student very often. So much for the exposure to great minds. Not exactly "Bright College Days" ?
Posted by David at 10:24 am