Abu Qatada and the tabloid myths 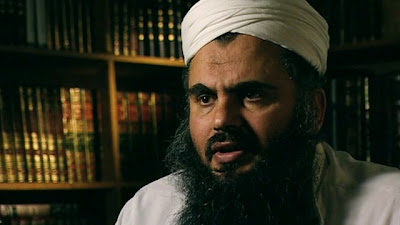 I blame Radio 4's News Quiz for the fact that every time I hear the name Abu Qatada, this song passes through my brain. Once I have dispelled those catchy lyrics, I reflect on the sheer nonsense talked by Tory backbenchers, the tabloids and Labour spokespersons.

The Daily Mail runs with "...even his own mother wants him deported to Jordan". She says, "I don’t know why the British keep him. There is no good reason. I can’t see why they would want him" which of course contradicts the rest of the Mail's article which says the British don't want him. Perhaps too much to ask the Daily Mail to distinguish between Britain cannot deport Abu Qatada but can allow him to go if he wants.

The Daily Telegraph leads with former Security Minister, Lady Neville-Jones, who said that possible avenues included ignoring the ruling from the European Court of Human Rights and facing the consequences. They also report that Downing Street has not ruled out the possibility of a deportation in defiance of the European Court. A spokesman said “We are committed to removing him from the country...”

Tory MP Robert Halfon fulminated on the radio that Britain (he meant the UK) is a sovereign country and shouldn't be told what to do by foreigners. I imagine he exempts Rupert Murdoch from this restriction. The Sun is running a petition calling on Cameron "...to ignore the Strasbourg judges and send Qatada back to his home country Jordan."

Nor is Labour exempt from playing to the gallery as usual. Shadow Home Secretary Yvette Cooper said, “The Government has not done all it can to stop this man being released from a high security prison." Well we know Labour's dismal record on human rights.

Apparently Abu Qatada is a very dangerous man, in which case, as Shami Chakrabarti has repeatedly asked, why don't we prosecute him ?

Now this is one of the best posts I've read on the matter.