Where were Blair's tears ? 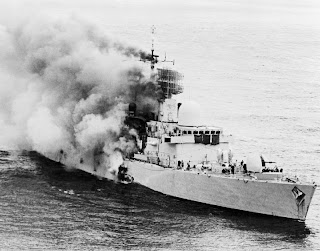 I never thought I would have something good to say about Margaret Thatcher but archives released by Churchill College reveal that she understood what her decisions meant for soldiers and sailors, even weeping over the loss of HMS Sheffield.    I doubt that papers released in future will show such concern by Tony Blair over the lives he destroyed in Iraq through his lies and cavalier attitude to war and invasion.
Posted by David at 9:01 am