Liberals in literature and films (11) 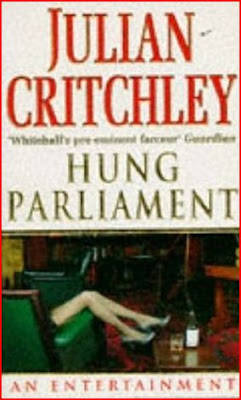 "Some Tory MPs spend the week in their clubs, camping out in attic bedrooms but lounging in some of the more elegant of London's drawing rooms...Labour MPs shared digs, Dennis Skinner and John Prescott being seen as the People's Party answer to that other 'odd couple', Walter Matthau and Jack Lemmon. One Welsh Liberal MP even lived in the regent's Palace Hotel."

Thus, Julian Critchley's view of how MPs spent their allowances in his novel "Hung Parliament".

Did Skinner and Prescott really share digs ? Who was the Welsh Liberal MP ?
Answers on a postcard...
Posted by David at 10:41 pm

I am reliably informed that it was Geraint Howells who lived at the Regent Palace.