Will the Liberal Democrats disappear ? NO ! 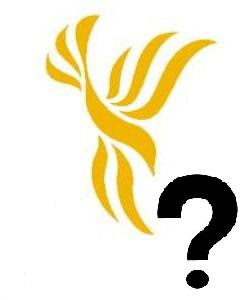 Someone asked me: "Do you think that the Liberal Democrats are being drawn into things they do not want but have to accept in order to continue to have a say in what is being proposed. Are they being sucked so far in that they will disappear?"

The difference between government and opposition is this. In opposition as the third party we could only propose amendments to proposals by the government. Sometimes the Speaker did not call our amendments and they were not even debated. If debated, they were nearly always defeated. In government, actually with fewer MPs, we help to write the proposals which then are passed by parliament. Each proposal is of course a compromise. I accept that. It's what happens in coalition. I think that Nick Clegg has been too keen to present the government as united so the public believes the compromises are what Lib Dems wanted all along. At Spring Conference in Sheffield, Nick and other ministers repeatedly said, "We didn't win the election. This is the policy we wanted. That is the policy we got." Nick even said that a Lib Dem majority government would cut tuition fees. I want the public to get this message and reward us for the changes we have made instead of punishing us for the changes we could not stop. We may have bad council results in May. We may even lose the referendum but the Liberal Democrats will never disappear. Liberals survived a party split in the '30s. We survived the'50s when we had only 4 MPs. We must stand for Liberal ideas in government or out. With apologies to Tennyson, "For men may come and men may go, but we go on for ever."
Posted by David at 8:41 am