Liberals in literature and films (2) 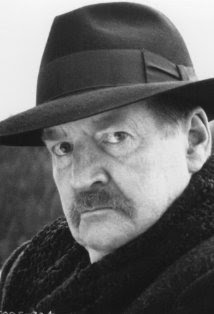 Thus begins Chapter 11 of John le Carré's A Perfect Spy. As far as I recollect the BBC version with Ray McAnally as Rick Pym, the candidate, based upon le Carré's own father does not mention his political allegiance.
Posted by David at 9:57 am