Liberals in literature and films (3) 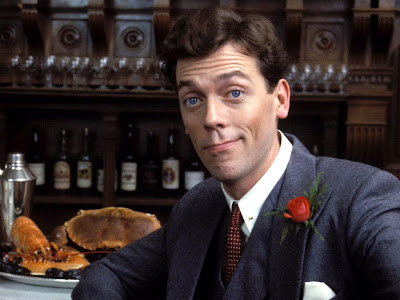 "It must have been a week or so after the departure of Claude and Eustace that I ran into young Bingo Little in the smoking-room of the Senior Liberal Club. He was lying back in an armchair with his mouth open and a goofy expression in his eyes, while a grey-bearded cove in the middle distance watched him with so much dislike that I concluded that Bingo had pinched his favourite seat. That's the worst of being in a strange club -- absolutely without intending it, you find yourself constantly trampling upon the vested interests of the Oldest Inhabitants.

'Cheerio, ugly,' said young Bingo, and we settled down to have a small one before lunch.

Once a year the committee of the Drones decides that the old club could do with a wash and brush-up, so they shoo us out and dump us down for a few weeks at some other institution. This time we were roosting at the Senior Liberal, and personally I had found the strain pretty fearful. I mean, when you have got used to a club where everything's nice and cheery, and where, if you want to attract a chappie's attention, you heave a bit of bread at him, it kind of damps you to come to a place where the youngest member is about eighty-seven and it isn't considered good form to talk to anyone unless you and he were through the Peninsula War together."

"It is the eel's eyebrows" agreed young Bingo.