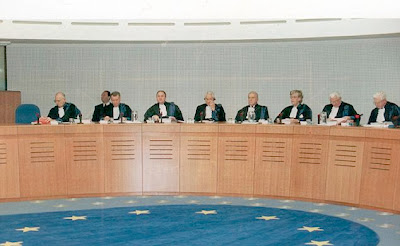 Tonight's Report on Radio 4's Six O’Clock News on the subject of the European Court of Human Rights and Prisoners’ Right to Vote was a model of tabloid bias and I have told them so.

Both the headline and the full report on the ECHR decision to refuse an appeal today was inaccurate and descended to tabloid levels, saying that the ECHR had demanded that prisoners must have the right to vote. The Court did NOT. It ruled that barring convicted prisoners in detention pursued a legitimate aim, but that a blanket ban was not proportionate. The Court acknowledged that the right to vote was not absolute and that states had to be given a margin of appreciation - a broad discretion- to decide what limitations on that right would be proportionate.

You can find more in the House of Commons’ library's publication.

This is not a question of getting the emphasis slightly wrong or simplifying to fit the constraints of time in the broadcast. By reporting the court’s judgement wrongly, the BBC fuelled the rampant xenophobia displayed by the tabloids and indeed the MPs who took part in the Commons debate on the subject. The BBC's error is not minor. It has political import and should be corrected.

The bias of their report was clear; they referred to the clash between MPs' "opinions" and the court's "demands", which they had misreported.
Posted by David at 6:40 pm

It of course begs the question of why a European Court should have any say whatsoever in the justice system of the UK.

Please complain too if you agree.

Exactly! Could not agree more with what you have just said. It annoys me this blatant mis-reporting.

@Quaker B: The ECHR has jurisdiction in the UK because as a country we freely signed up to the European Convention. We could just as freely give notice and resile from it. I hope we don't.